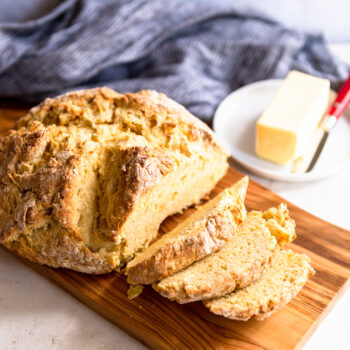 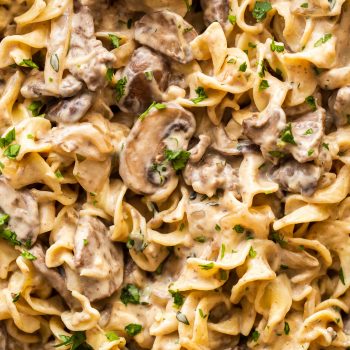 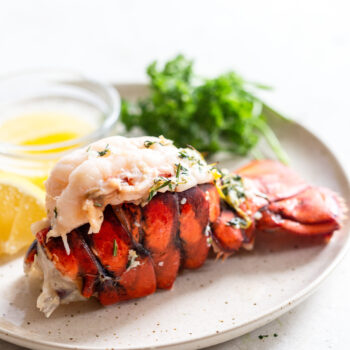 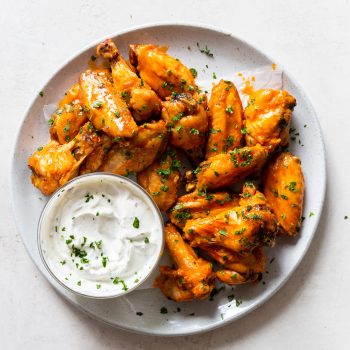 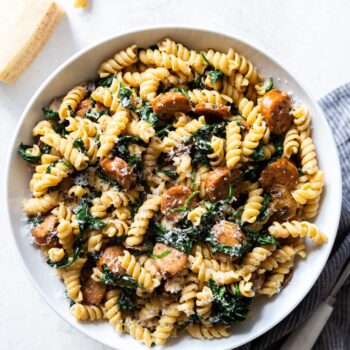 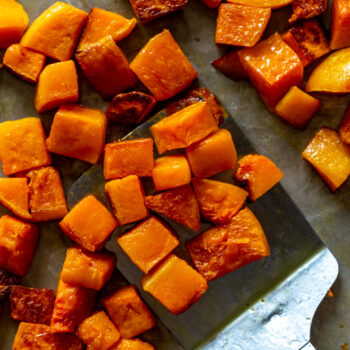 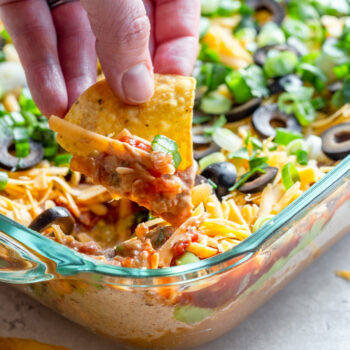 This Crispy Baked Eggplant Parmesan is healthy, easy and delicious. A different way of slicing the eggplant allows it to stay super crispy even though it is baked in the oven.

I decided to take on the challenge with this Crispy Baked Eggplant Parmesan. First of all, I wanted to create a baked eggplant parmesan recipe because baking is easier and healthier than frying.

Second of all, I had to figure out how to get the eggplant to stay crispy after adding sauce and cheese. In my very scientific poll on instagram, most of you said you prefer eggplant parmesan that is more crispy rather than more saucy.

Do you salt eggplant before making eggplant parmesan

Do you peel eggplant before making eggplant parmesan?

You do not need to peel the eggplant before cooking, although you can if you want to. I like the color and texture that the skin of the eggplant gives this dish, so I left it on.

How to make Baked Eggplant Parmesan

After slicing and salting the eggplant, allow it to sit for at least half an hour while the salt draws the moisture out of the eggplant. Then blot the liquid off of the eggplant slices with a paper towel.

Brush a baking sheet with olive oil and preheat the oven to 400 degrees.

Dip each slice of eggplant in egg, then coat with breadcrumb mixture.

When eggplant is tender and the outside is golden, remove from oven and top with marinara sauce and cheese.

Return to the oven and bake for an additional 10 minutes or until cheese is melted and bubbly. Finish under the broiler for 1-2minutes if desired to get cheese brown and bubbly.

Although Baked Eggplant Parmesan can be served on it’s own as a main course, you may want to serve it with sides. A simple pasta with marinara sauce or even zoodles would work perfectly. If you want more vegetables, try this Parmesan Roasted Broccoli.

If you like this recipe be sure to try my popular Oven Baked Chicken Parmesan recipe! 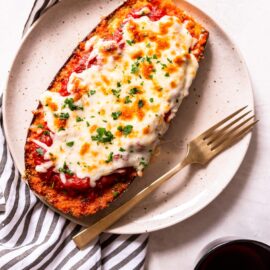 Serving: 1serving | Calories: 274kcal | Carbohydrates: 21g | Protein: 15g | Fat: 15g | Saturated Fat: 6g | Trans Fat: 1g | Cholesterol: 82mg | Sodium: 1116mg | Potassium: 638mg | Fiber: 6g | Sugar: 9g | Vitamin A: 753IU | Vitamin C: 9mg | Calcium: 297mg | Iron: 2mg
Nutritional information is an estimate for your convenience. If you have strict nutritional needs, please do your due diligence to make sure this recipe fits your needs.
Did you like this recipe?Please comment, rate and share! And don’t forget to tag me on Instagram @foxandbriar AND #foxandbriar so I can see what you made!
How to Peel and Cut a Butternut Squash20 minute Sausage and Mushroom Pasta 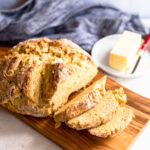 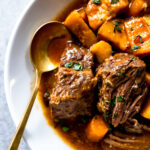 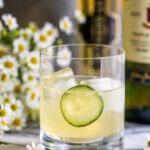